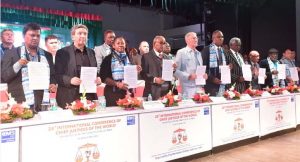 Lucknow, November 22 : Presidents, Prime Ministers, Chief Justices, Judges, legal luminaries and other eminent personalities from 57 countries of the world participating in the ’23rd International Conference of Chief Justices of the world’ have called upon all nations of the world to get together and form a New World Order in the interest of the future generations. The outcome of the five days of deliberations of this international conference was released in the form of ‘Lucknow Declaration’ today at CMS Gomti Nagar Campus I auditorium.Through the Lucknow Declaration, the World Judiciary stressed upon the pressing need to take immediate steps for establishing World Unity and World Peace. The Lucknow Declaration also contains issues like enlargement of fundamental rights and freedom, respect for all religions and providing unity and peace education in schools.At the press conference, the Chief Justices and Judges from all over the world unanimously stated that the conference organized by City Montessori School, Lucknow was a historic one that would definitely help in making the future safe for coming generations. Talking to the media persons, the judges vowed that they will carry this mission of world unity, peace and justice to their respective countries and take it further with the help of their governments, to establish a World Government, a World Parliament and an effective World Judiciary System.

Being aware that the world is facing grave threat to peace and security owing to many conflicts and wars, which is even raising the spectre of nuclear war and other devastating problems in the aftermath of COVID pandemic, the climate emergency and increasing economic inequalities;

Realizing that global warming and Climate change is adversely impacting this planet which needs attention on top priority and that agreements of the U.N. Climate Conferences to accelerate action towards the goals set out in Paris Agreement has shown little progress at ground level, and that the promise for climate funding by developed countries has not been met.

Believing that world peace is of paramount importance for sustainable development so that is this era of globalization, the benefits of science, technology and development reach to the people especially the poorest and down-trodden people who are deprived of fundamental human rights and fundamental freedoms;

Acknowledging that the United Nations Organization is working for peace, human rights, social uplift, development and in other fields through its various agencies, but lacks the authority and essential mechanisms needed to get the General Assembly decisions implemented.

NOW THEREFORE, we the Chief Justices, Judges and legal luminaries at this 23rd International Conference of Chief Justices of the World on Article 51 of the Constitution of India, organized by City Montessori School, Lucknow, India, from 18th to 21st November, 2022, do hereby REAFFIRM the Resolutions passed in the previously held conferences of Chief Justices and also affirm the centrality of the Rule of Law and independence of the judiciary, and further Resalov.

NEET UG 2022 counseling mop up round registration from today Check Steps to Register on: 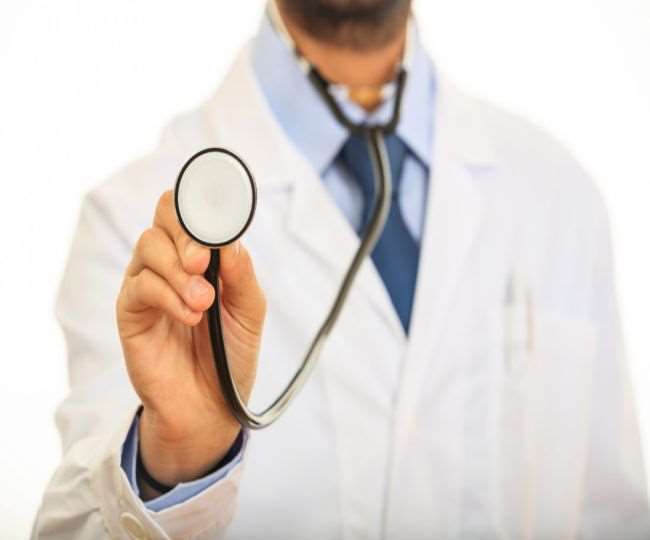