With the announcement of the final date of JEE Mains exam i.e., it is dated on October 3, 2021, there was a huge chaos that prevailed among the NEET UG students whose exams are scheduled on 12th of September in pen paper mode. The NEET students are asking various questions to the authority so as to why cannot the NEET UG be scheduled in October. It is the matter of lakhs and lakhs of life of the NEET aspirants whose future is totally dependent on this competitive exam. Above these things, majority of the aspirants are not yet vaccinated with the available vaccines. And giving exams at such a risky situation is putting one’s life and future on risk, the aspirants exclaimed. The students started twitting about this issue to the education minister, Dharmendra Pradhan. Many hashtags came into use during these. Some of them are:

@dpradhanbjp tweeted Dharmendra Pradhan- Why are the NEET students neglected? Why are we not been heard? #Savestudentlife

@Nidhichandelpal tweeted- If NEET could be postponed last year, why not this year? 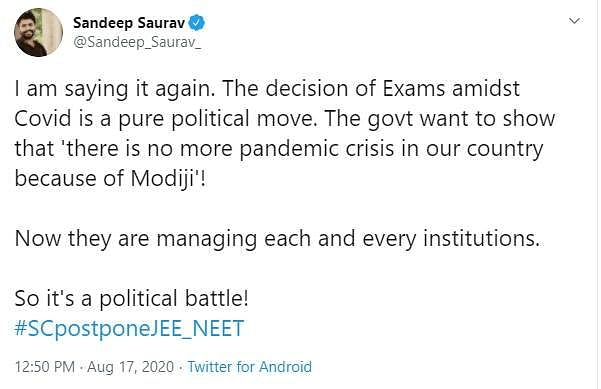 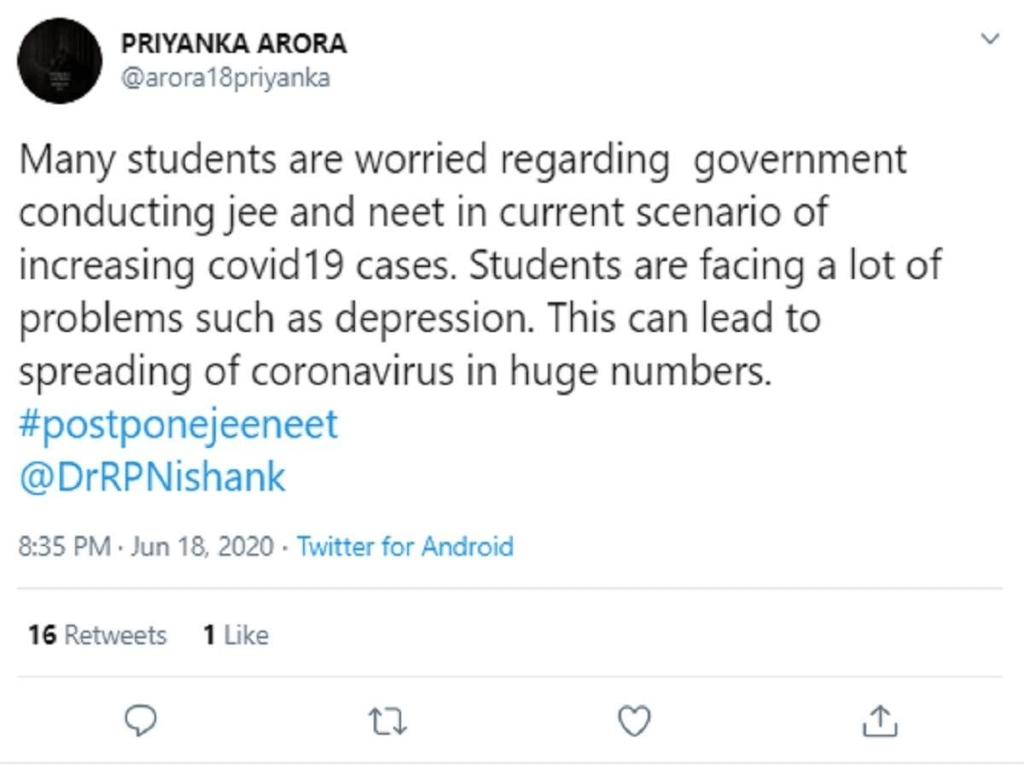 Also, some of them support the non-postponement of exams since it would only create a havoc- 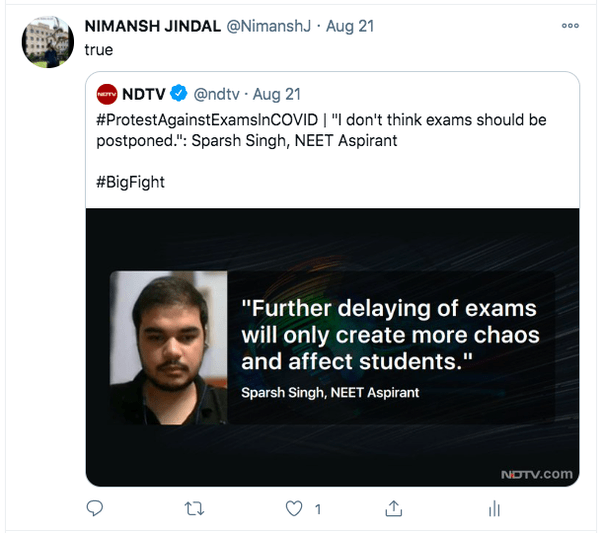 These hashtags came into the most trending ones meanwhile. They have been constantly tagging the education minister in their posts and requests so that they can spread the word and it could reach him and he could understand the concern. Further they write that it is also affecting them mentally as the pressure of exams persists but the longer impact of giving exams in these times, they find it risky. NEET aspirants continue, what is our fault? Where did we go wrong? Why not us? They are demanding for answers to their questions they have posted since the past 2 days. With students, congress leader Rahul Gandhi also tweeted in support of the students. He claimed that it is not the time for Prime Minister’s #MannKiBaat it is now time for #StudentsMannKiBaat. He said that it seems that the government is not at all interested in the safety of NEET aspirants 2021.

Issue with change in pattern:

The students also posted that due to the change in exam pattern the number of questions has increased and with the sub-division the number of choices has increased, leading to pressure. They said that they need time to get themselves into the new pattern so that when appearing for the final paper they do not face any difficulty with the pattern. Moreover, the exam is only to be held once and if the students fail for scoring good, a year of them will be wasted that would not make any further sense, the aspirants continued.

When looking into the past, same issue pertained but that time the issue was handled seriously keeping the safety of students as the topmost priority. They re scheduled the exam from May 4 till October 14 until they could sense that now it is safe for the students to give exams.

Since the exams for JEE Mains has been finalized to 3rd of October, the aspirants of NEET have raised issues with their date and the requests for the exam’s postponement. They have started numerous hashtags to support their voice. 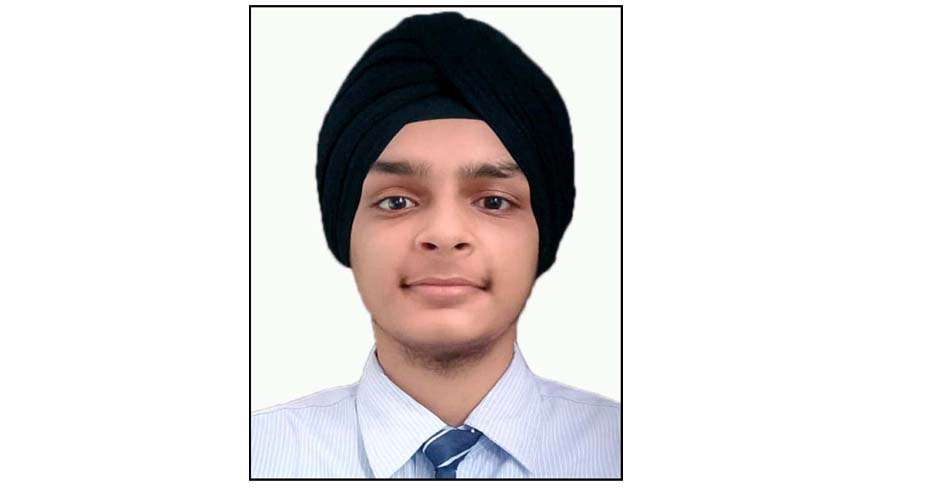 Home » General » Why not NEET in October 2021, when JEE mains in October- Students overhaul in twitter!
a