The Committee concluded that, following it was introduced NEET fewer pupils who were from Tamil Nadu state boards were accepted into medical schools of the government and private and the majority of selected students (99%) had been previously coached or trained offered by private institutions. It also noted that those with rural backgrounds had fewer chances of getting selected. Before when NEET was launched in 2013 approximately 65% of the medical candidates selected were rural -which slowed down to around 50%. The same was true for Tamil-medium school students. Their share of candidates selected decreased to 1.9% from 15% before NEET.

The Requirement of NEET:

NEET was launched with great promises. It was launched in a period when discussions about high capitation fees and the cost of medical education were in the news, and there was evidence that private medical schools offered medical school in a commercial manner. The gazette announcement of December 20, 2010, was challenged before the Supreme Court, in Christian Medical College vs Union Of India case on 18 July 2013, both lawyers of the Medical Council of India (MCI) and the Additional Solicitor General (ASG) of India were in support of NEET in a statement that this was a move to simplify the admissions process. 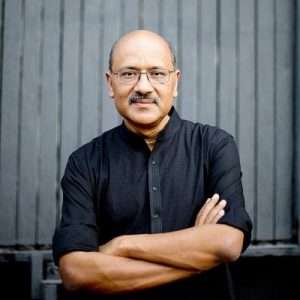 Before the NEET, the states were required for their procedures to select students. Private medical schools, as well as minority institutions, would use their entrance tests. Just 15 percent of seats were reserved for the All-India Quota, except those in Jammu as well as Kashmir, Andhra Pradesh, and Telangana. These seats were filled based on tests like the All-India Pre-Medical Test. At first glance, the system of multiple tests might appear to be chaotic. Therefore, the administration of the day that is the United Progressive Alliance (UPA) II decided to intervene. They issued a notice on the 20th of December, 2010 that included provisions for NEET across India.

The question is: what is the reason that successive Union governments determined to keep the admissions process for medical students under their control, and particularly, in those medical institutions that it hasn’t poured any funds in terms of infrastructure or operational expenses? This is more in line with the needs of “power elites’ that are the same in both of these governments. The pre-NEET process provided many low-income and rural students with the chance to be doctors. Since the medical profession has grown quite lucrative and doctors have an enormous amount of prestige and power and power, the system was created to remove the sub-par from the profession. NEET has served its purpose in that sense.

Home » Latest » Who said NEET hasn’t served its purpose?
a