Lucknow, 20 November : On the third day of the ’23rd Inernational Conference of Chief Justices of the World’ organised by City Montessori School at CMS Kanpur Road auditorium, over 250 Chief Justices, Judges and leading educationists of various countries opined in one voice that the conference has been convened for the welfare and a safe and secured future of the world’s chidren. We firmly believe that the combined efforts of all will create an atmosphere of unity, peace and harmony and the future generation will definitely get a clean environment, a New World Order and a secured future. The third day of the conferece was full of meaningful discussions and deliberations among the Chief Justices, Judges, legal luminaries and other distinguished guests wherein eminent guests of 57 countries strongly voiced their support to form a New World Order based on human rights, world unity and world peace. Addressing the gathering on this occason, Hon’ble Justice Dr Antoine Kesia-Mbe Mindua, Second Vice-President, International Criminal Court, Netherlands said that education prepares children for the future and equips them with the means to face various challenges and deal with situations. In the event of war, provisions available in the United Nations for the protection of children are often violated.

Mon Nov 21 , 2022
55 total views Lucknow, 21 November : The Deputy Chief Minister of UP, Shri Brajesh Pathak and the Industrial Development Minister, Shri Nand Gopal ‘Nandi’ profusely praised the ‘International Conference of Chief Justices of the World’ while speaking on the fourth day of the conference and […] 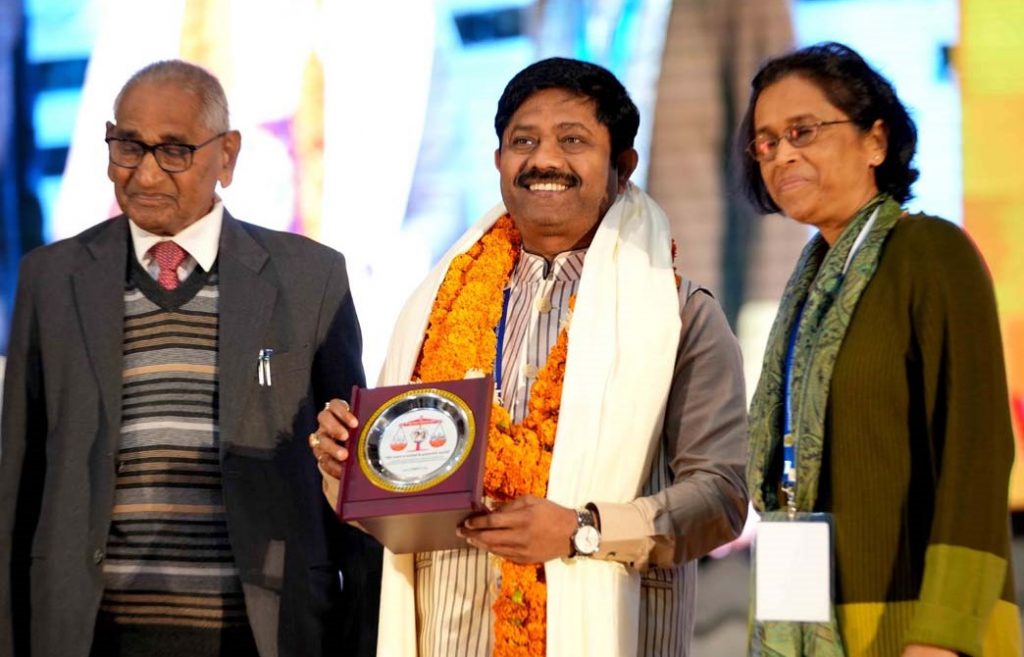