Lucknow, February 20 : Swara Mishra, a Class 3 student of City Montessori School, Rajajipuram Campus I has earned fame at the national stage with her acting prowess. Swara is showcasing her talent through her acting in the TV serial, ‘Aur Bhai Kya Chal Raha Hai’ of which more than 200 episodes have been aired till now. She is playing the role of ‘Pooja’ in this serial. Being made under the banner of Shades Productions, this serial is being aired on ‘& TV’ every day from Monday to Friday at 9.30 pm. CMS Chief Public Relations Officer, Shri Hari Om Sharma informed that besides being a brilliant student in school, Swara is an immensely versatile and talented child. With her immense talent, she has shown that she will bring laurels at the national and international level in the future. CMS Founder, Dr Jagdish Gandhi congratulated Swara for her outstanding achievement and has wished her success in all her future endeavours.

Mr Sharma informed that CMS imparts material, social and divine education to its students and also develops their taste for cultural and literary activities as well besides encouraging them according to their capability. This helps CMS students to top academically and also make their presence felt in song, music, dance, acting, literature and art.

Mon Feb 21 , 2022
174 total views Lucknow, February 21 : Kashish Khan, a student of City Montessori School, Rajajipuram Campus I has been offered admission with a handsome scholarship of US$ 30,000 scholarship by the University of Arizona, USA for higher education. She will receive this scholarship for pursuing […] 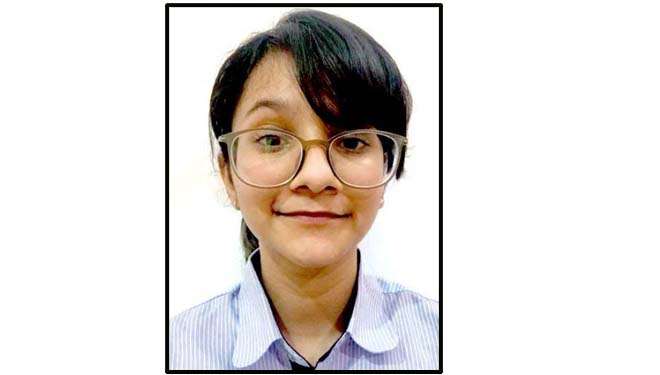