Lucknow, 27 December : The CMS family mourned the untimely demise of Wing Commander Harshit Sinha, an alumnus of City Montessori School, Mahanagar Campus. A prayer meeting was held at City Montessori School, Mahanagar Campus today to pay homage to its former student and Indian Air Force fighter pilot, Wing Commander Harshit Sinha who was martyred when his MiG-21 plane crashed during a training sortie in Jaisalmer on December 24. A large number of teachers, staff and students including CMS Founder, Dr Jagdish Gandhi, Principal of CMS Mahanagar Campus, Dr Kalpana Tripathi, CMS Chief Public Relations Officer, Shri Hari Om Sharma paid their last respects to the departed soul by observing a 2-minute silence and offered flowers on his photograph. Wing Commander Harshit was a very popular fighter pilot who had more than 2500 hours of flying experience. He was from the same 51 squadron, whose pilot Wing Commander Varthaman Abhinandan had shot down a Pakistani F-16 fighter plane.

Paying his tributes to Wing Commander Harshit, CMS Founder, Dr Jagdish Gandhi said that we all are with his family in this hour of grief. CMS has lost a brilliant star today. He was a brave soldier and the entire country is proud of him. May God grant his bereaved wife and family strength to bear this terrible loss.

Principal of CMS Mahanagar campus, while expressing grief on her student’s demise, said that Harshit was a very disciplined student and wanted to join Indian Air Force from his student days. He fulfilled his dream of becoming an ace fighter pilot when he was commissioned in 2004, becoming the first in his family to serve the defence forces.

CMS Chief Public Relations Officer, Shri Hari Om Sharma said that the untimely demise of Harshit  is a loss for the entire country. Our school will always remain proud of him. Wing Commander Harshit will always stay in our hearts. 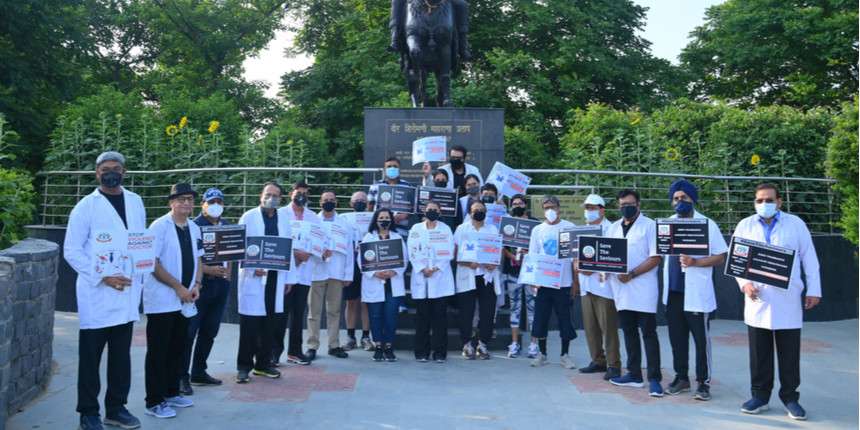