The Center said that by giving seats to medical students returned from Ukraine who do not meet NEET scores, will affect the standard of medical education in India.

The Center told the Supreme Court that they would not be able to accommodate Indian medical students, who were forced to flee Ukraine after the Russian invasion of the country. In an affidavit, the government said that students took admission in Ukrainian colleges because of poor National Eligibility Entrance Test (NEET) scores or low college fees.

Medical students face an uncertain future since Russia declared war on their neighbor in February this year as they were forced to evacuate to Ukraine.

“Common NEET exam is being conducted from 2018 onwards and only candidates who have secured more than 50 per cent marks are eligible to take admission in Indian medical institutions,” the Center said in an affidavit.

The center reported that students went to universities in Ukraine because of “poor aptitude in NEET exam” or “affordability of medical education in such foreign countries”.

“It is humbly submitted that if (a) these students with poor merit are allowed admission in premier medical colleges of India by default, there may be several litigations from the aspiring candidates who have been given seats in these colleges. and they have taken admission in these collegeshave been denied a seat in either a lesser known college or medical colleges. Further, in terms of affordability, if these candidates are allotted private medical colleges in India, they will once again bear the fee structure of the institution concerned. may not be able to,” the Center said in the affidavit.

NEET: Rajasthan, Maharashtra Board and CBSE dominate the list of high performers:

Fri Sep 16 , 2022
174 total views New Delhi: Two school education boards of Rajasthan and Maharashtra in collaboration with CBSE produced cream of the crop in this year’s NEET-UG, scoring 67.4% merit The list included 600 out of 720 and aboveCandidates with higher marks included CBSE maintained its superiority […] 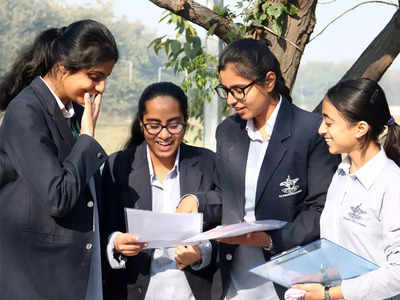