Lucknow, 5 November : Macfair International-2022, a 4-day International Science and Computer Festival was inaugurated today at CMS Kanpur Road auditorium amidst scintillating educational-cultural items. Mr. Sandeep Singh, Minister of State (Independent Charge) Basic Education, UP Govt. inaugurated the function by lighting the lamp of learning. The inaugural ceremony saw beautiful and colourful educational-cultural items presented by CMS students. The participating teams also introduced themselves in a grand manner. It is worth mentioning here that City Montessori School, Mahanagar Campus is organizing the 4-day Macfair International-2022 from 5 to 8 November at CMS Kanpur Road auditorium in which approximately 500 young scientists from India and abroad are displaying their knowledge and talents through various interesting contests.

Addressing the large gathering at the inaugural function, the Chief Guest, Mr. Sandeep Singh, Minister of State (Independent Charge) Basic Education, UP, emphasized that science should be used for the welfare of humanity. He called upon the young scientists to apply the principles of science for making new inventions. I see immense possibilities for progress and development in these young scientists. CMS Founder, Dr Jagdish Gandhi said that the participants of Macfair, coming from several nations not only improve their knowledge through a healthy competition, this forum also motivates them to elevate above bookish knowledge and work for the welfare of humanity and spiritual upliftment. CMS Founder-Director, Dr Bharti Gandhi and CMS President, Prof. Geeta Gandhi Kingdon also expressed their views on this occasion and motivated the participants from India and abroad.

The inaugural function was resplendent with music and creative abilities of students which poured out through songs and dances based on promoting the spirit of Unity in Diversity and need for a peaceful world through science and technology. Several educational-cultural items viz School Prayer, Welcome Dance, All Religion Prayer, World Unity Prayer, English Choir, Fusion Dance, Colours of India etc. were presented by students which  won the hearts of one and all. Besides, students presented a mock World Parliament in which they discussed global problems and their peaceful solutions.

Chief Public Relations Officer of CMS, Mr Hari Om Sharma informed that the competitions of Macfair will begin from today itself and conclude  on 8th November with a grand Prize Distribution and Closing Ceremony. He informed that the competitive events which will be held tomorrow on 6 November include final round of Science quiz and debate, prelims and final round of Character speak contest, prelims of Rhetoric expressions, MacOration (teaching module) and Maths quiz and Science fiction competition. Besides, a colourful cultural evening will also be held in the evening session. Mr Sharma expressed belief that the contests of Macfair will embellish the talents of students, uplift their morale and self-confidence and give them the courage to face the challenges.

Participants exhibit a unique confluence of Science, Mathematics and Art 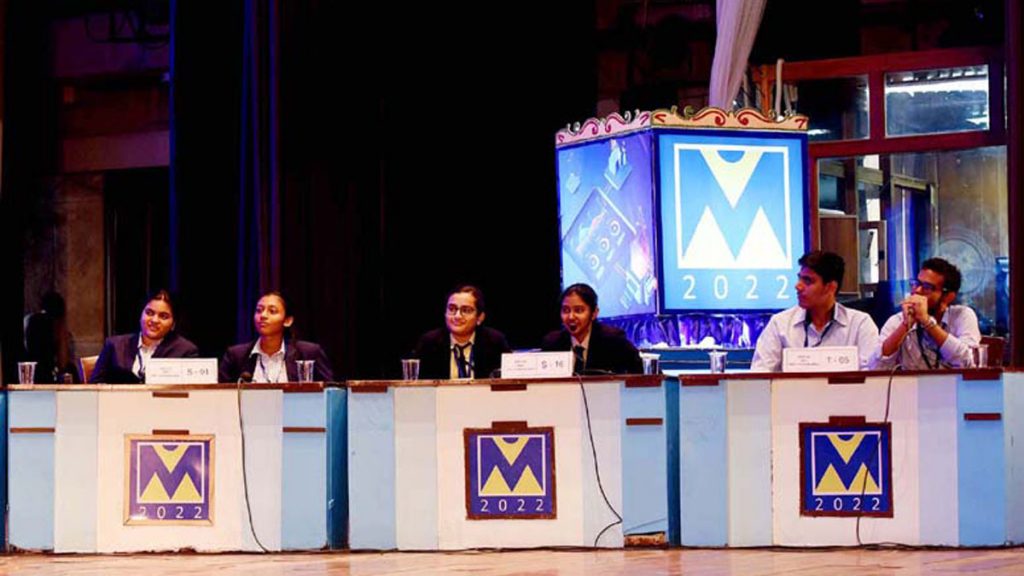 Home » Campus News » Science Should be Used for the Welfare of Humanity: Sandeep Singh
a