Lucknow, 17 November : The Chief Justices, Judges, and legal luminaries of 61 countries paid respect to the Father of the Nation, Mahatma Gandhi, offering a wreath and flowers at his Samadhi ‘Rajghat’ in New Delhi today and then the first session of the conference followed at the Constitution Club in New Delhi. Shri Ajay Bhatt, State Minister for Defence and Tourism, Government of India, graced the session as the Chief Guest. In his address Mr Bhatt expressed his gratitude to all the dignified guests arrived and gathered here from all over the world for their support to the noble cause of safeguarding the future of over 2.5 billion children of the world and establishing World Unity and World Peace on the globe.

It is noteworthy that the City Montessori School is organizing the ’23rd International Conference of Chief Justices of the World’ on ‘Article 51 of the Indian Constitution’ from 18 to 22 November at CMS Kanpur Road auditorium in which Presidents, Prime Ministers, Speakers of Parliament, Ministers of Justice, Judges of International Court along with over 250 Chief Justices, judges and legal luminaries from 61 countries are participating.

Chief Public Relations Officer of CMS, Mr Hari Om Sharma informed that the dignified guests of 61 nations will come to Lucknow tomorrow, on 18 November, at 9.00 am, and they will be accorded a hearty welcome at the Amausi airport. Tomorrow, on 18th November at 7.00 pm, a grand Welcome Ceremony will be held in honour of these esteemed guests. Shri Rajnath Singh, the Defence Minister of India will be the Chief Guest on this occasion while Mayor of Lucknow, Mrs Sanyukta Bhatia will preside over the welcome function.

Fri Nov 18 , 2022
149 total views Lucknow, 18 November : Defence Minister of the country, Shri Rajnath Singh said that City Montessori School is carving a new future for the world’s children through this historic Chief Justices Conference. He was speaking today at the ‘Welcome Ceremony’ of the Chief […] 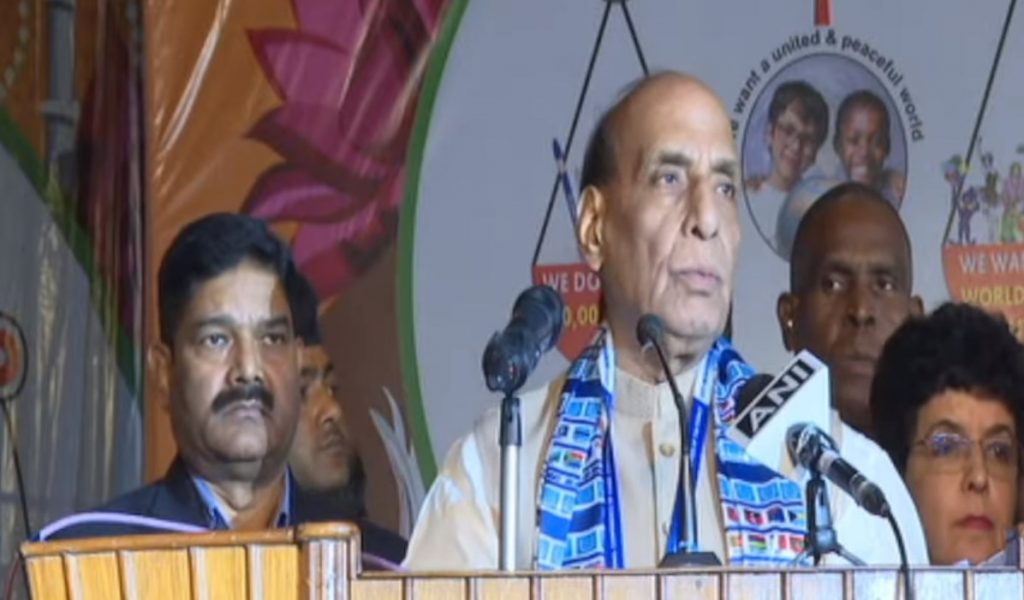 Home » Campus News » Over 250 Chief Justices, Judges, and dignitaries of 61 countries offer wreaths today at ‘Rajghat’, the Samadhi of Father of the Nation, Mahatma Gandhi, in New Delhi
a