Supreme Court Regarding The Matter:

The bench consisted of Justice L. Nageswara Rao and Justice B.R. Gavai ruled in a case alleging fraud and cheating that occurred during the examination. The petition also sought to improve the security protocols which include biometric verification of applicants and the jammers used to conduct the test in an open and fairway. The petition also demanded instructions for those DGPs from Rajasthan as well as Uttar Pradesh to file a report within the next week.

The plea was submitted by Advocate Mamta Sharma claiming that even students receive illegal benefits that it is an injustice that is grave. The petitioner sought a “RENEET” submitting that standard security protocols and biometric verification of students must be enhanced. The petition also requested an indefinite delay on the announcement of the results in NEET UG 2021 till the next plea is resolved.

Counselor senior Salman Khurshid, appearing for the petitioner in the matter Salman Khurshid, representing the petitioner in the case, said “We are not seeking cancellation of the examination.” We want the investigation report to be published in all four FIRs, however, the court did not want to grant the request. Justice Rao said he did not wish to discuss the issue.

According to the petition by examining the plain text of the FIR of 12 September 2021, which was registered by CBI and CBI, it is obvious that the NEET-UG2021 admissions exam paper was published under a criminal conspiracy that involved well-known coaching centers, as well as a paper solver gang, was discovered. On the day of the examination, CBI registered FIR against 4 suspects and unknown other suspects. The FIR is clear that the examination process was altered by proxy candidates, and an exorbitant amount of 50 lakhs per person was imposed by coaching centers and Solver gangs.

Sat Oct 23 , 2021
891 total views The Supreme Court is hearing a set of petitions challenging EWS and OBC eligibility for the NEET All India Quota. A three-judge bench consisting of three justices DY Chandrachud Vikram Nath, and BV Nagarathna is asking the Centre on the income threshold of […] 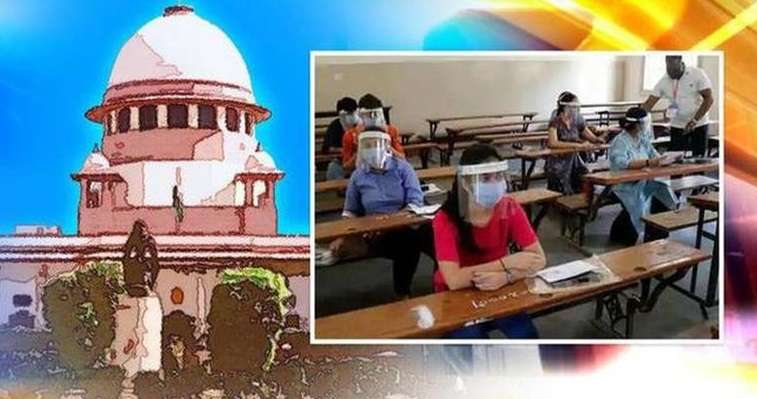