The NEET exam has created a lot of disturbances and fear of failure in student’s minds.

After almost 2 years of pandemic situation, the education sector is the one that is majorly affected.

Students are having mental pressure thus it turns into suicidal attempts.

The third death in tamil nadu

About the student’s suicide

The student is recognised as T soundarya, a 17 year old girl from katpadi village in vellore district of tamil nadu hanged herself from a ceiling fan using her mother’s saree.

It is assumed that she has attempted suicide in the morning between 9:30 to 9:50

(wednesday). When her mother and father went to work on the nearby farm.

When her mother came home in the afternoon, and  found the door locked, she looked out the window and saw her daughter  hanging from the ceiling. And then she called the DSP of katpadi  P. palani.

It is observed that She was an excellent student who has completed her schooling from vellore thottapalayam government girls high school. She has scored 510 out of 600 marks in the board amination. She scored 381 out of 600 marks in her class 11th. She has also scored outstanding  marks in sslc examination that is 413 out of 500 marks. 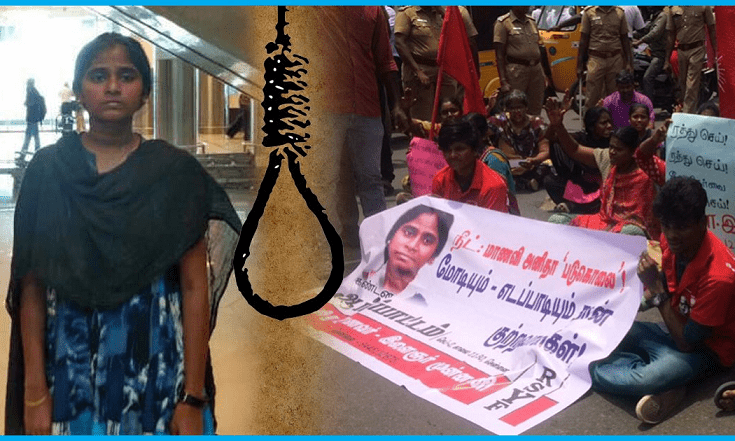 She has given her NEET exam in private engineering college, katpadi, vellore district, tamil nadu.

Her mother mrs. T rukmini has said that her daughter is quite sad and depressed after her NEET exam that is held on september 12.  Both Rukmini and her husband are working in the agricultural field. On wednesday morning,  they left home for work  and soundharya’s three elder sisters were also not at home..

When they came back from work, they found herdaught hanging from the ceiling.

The lateri police has registered the case and the body is also sent for postmortem examination.

The dsp has said that after their preliminary enquiry they concluded that there is no reason for the girl to commit a crime except her performance in the NEET exam. The dsp has also said that based on  preliminary investigation, it is suspected that her fear of failure due to neet exam has forced her to take this huge step.