NEET 2022: There is good news for the students who want to do MBBS. Preparations are on to increase 3495 MBBS seats in 16 states of the country. Maximum 700 seats will be increased in Rajasthan and 600 in Madhya Pradesh. 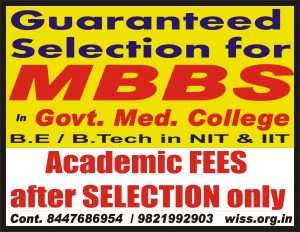 The Union Minister said that State Medical Colleges would be upgraded under the Centrally Sponsored Scheme (CSS). There medical PG seats will increase and new PG subjects will start. Under this, 5930 seats have been approved in 22 states / union territories in two states.

Home » Neet MBBS » NEET 2022: Government has given good news- 3495 seats of MBBS will increase, know how many seats will increase in which state
a