Lucknow, 18 February : City Montessori School is organizing a grand honouring ceremony tomorrow on Friday, 19th February at 1.00 pm at CMS Gomti Nagar Campus I auditorium to felicitate its multi-talented student, Vyom Ahuja for bringing fame to the city of Lucknow. Mrs Sanyukta Bhatia, Mayor of Lucknow will be the Chief Guest of the function and CMS student Vyom will be honoured and awarded a cash prize of Rs. One Lakh on this occasion. This information has come from Mr Hari Om Sharma, Chief Public Relations Officer of CMS. Mr Sharma informed that Vyom is a multi-talented student of Class VII, City Montessori School, Gomti Nagar Campus I, who has been honoured with ‘Prime Minister’s National Children’s Award-2021’, bringing laurels to the city of Lucknow. Besides, the Chief Minister of UP, Yogi Adityanath also met Vyom recently and congratulated him for his achievements.

Mr Sharma added that CMS student, Vyom has 35 records in his name at a young age of 11 in the fields of music, science and sports. He has been awarded the Future Kalam Award in the field of academics twice. He also has to his name 3 Asian and 2 Universe awards. Besides, he has entered the India Book of Records 28 times. He is also good in studies and has been awarded the Grand Master award by the school. 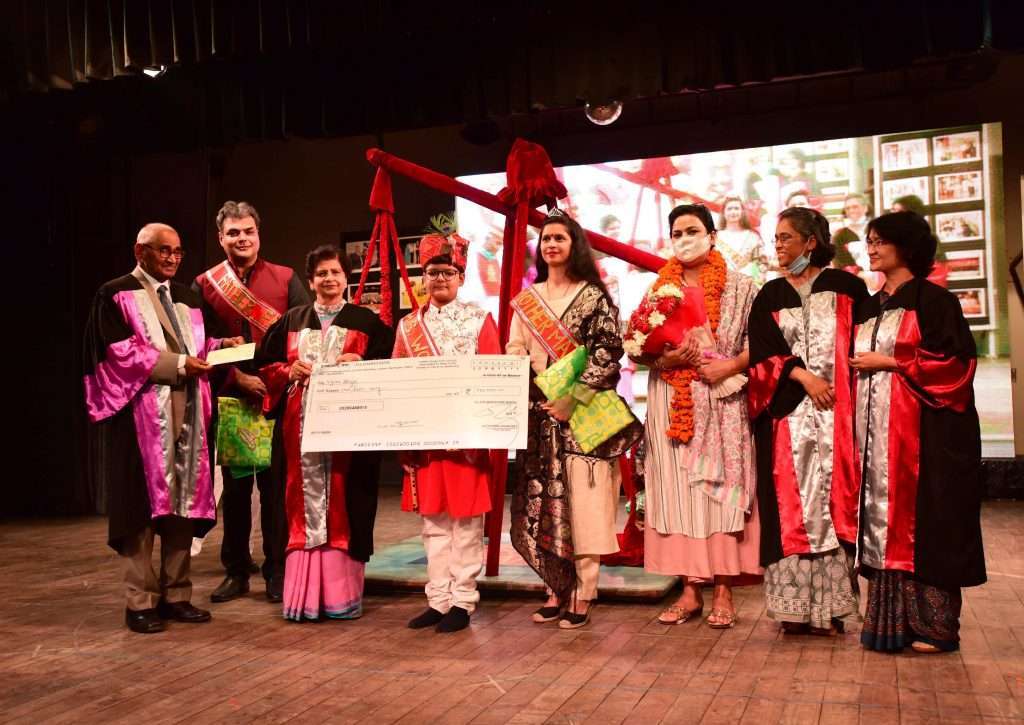