Lucknow, January 25 : The tableau of City Montessori School, to be displayed in the Republic Day parade today, will give the message of love, unity, peace and harmony in the society by singing the glory of the Almighty God and making a call for religious unity. This tableau will be the center of attraction for the people in the Republic Day parade today. This tableau is based on the theme ‘Blessed is the spot where prayers in praise of God are offered’. While apprising the media persons about the various aspects of the tableau in a press conference, CMS Founder and eminent educationist Dr Jagdish Gandhi said that this tableau gives the message of unity, love, and the spirit of universal brotherhood to the whole world society and calls for the establishment of divine civilization on earth. This tableau will make the public aware of the great Indian ideal of ‘Vasudhaiv Kutumbakam’ and the sentiments of Article 51 of the Constitution of India.

Addressing the journalists, Dr Gandhi said that this CMS tableau is not just for demonstration, but there is a purpose behind it that spiritual civilization should be established on earth by awakening the feeling of love and unity in the hearts of the entire human race. This inspirational tableau motivates people to make this world heaven by giving the message of imbibing the spirit of ‘Vasudhaiv Kutumbakam’ and ‘Article 51 of the Constitution of India’.

Highlighting the characteristics of the tableau, Dr Gandhi informed that the tableau is divided into 5 different portions wherein each part is giving the message of ‘welfare of humanity’ in a unique way. The front portion of the tableau gives the message of ‘Vasudhaiv Kutumbkam’ while the second portion shows unity in diversity along with a Temple, Mosque, Church, Gurudwara, Budh Vihar, Baha’i temple, etc. giving the message that source of all religions is one God. Below this, there is a globe under which children are staging a captivating dance to the tune of “Mangalmai Hai Woh Jagah Jahan Prabhu Mahima Gai Jati Hai”. In the third portion of the tableau, the grand under construction temple at Lord Ram’s birthplace Ayodhya has been shown pointing to the advent of Ram Rajya in the state and country. The fourth portion of the tableau gives the message of love for humanity by depicting great personalities like Sant Vinoba Bhave, Swami Vivekananda, Sant Surdas, Swami Ramteerth, St. Mother Teresa, Saint Kabir and His Holiness Dalai Lama. At the rear end of the tableau, World Citizens are seen praying for the safety and security of humanity in accordance with the spirit of “Vasudhaiv Kutumbakam” and Article 51 of the Constitution of India.

NEET 2022: Application form to be released soon, when to expect exam and exam pattern:

Thu Jan 27 , 2022
479 total views The National Eligibility Entrance Test (NEET) 2022 notification and application form will be released soon by the National Testing Agency (NTA) on the official website of NEET- neet.nta.nic.in. The NEET apllication process was expected to start in January. Still, it may begin in March. The NEET examination could be conducted in June as it was pushed because of the Covid-19 situation. […] 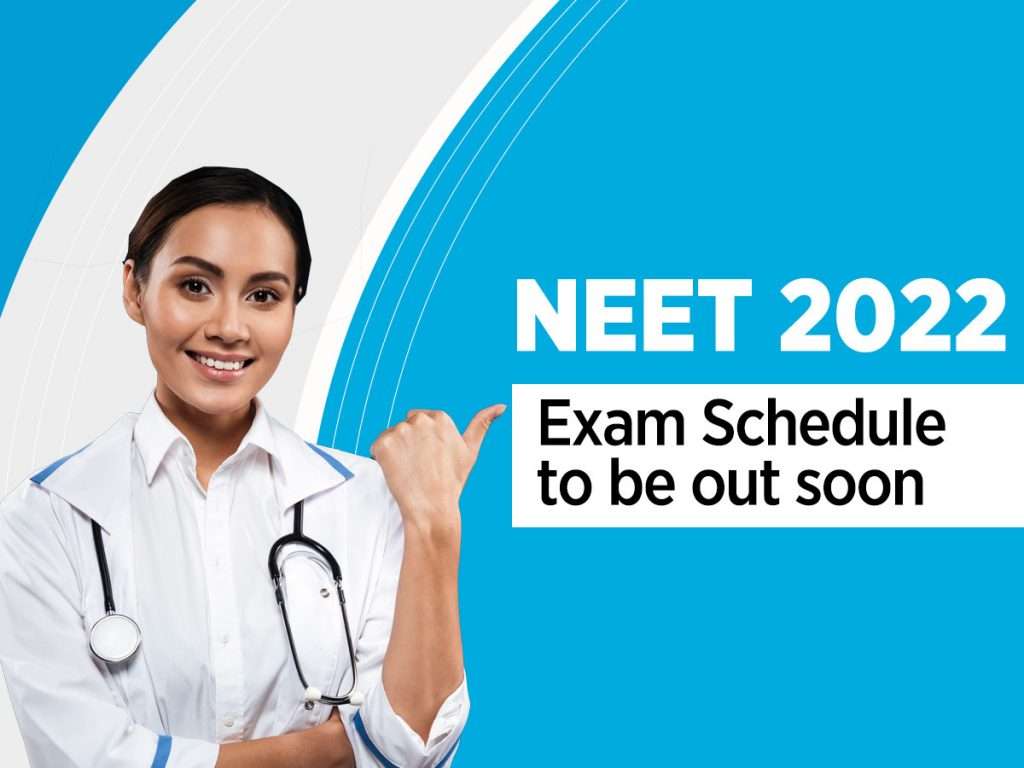