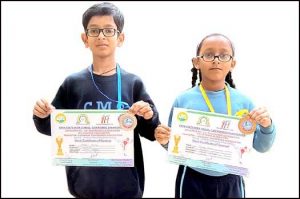 Mr Sharma informed that excellence at CMS is not just limited to academics. CMS students are also making their mark at national and international levels in sports, music, dance, and various other fields. This is because CMS believes in imparting holistic education to its students, which contributes to their all-round development.