Lucknow, October 28 : Kinjal Sharma, a talented Class IX student of City Montessori School, Station Road Campus brought laurels to the institution by winning the first prize in an Inter-school Debate Contest. The debate was organized jointly under the aegis of Institute of Wildlife Sciences and University of Lucknow. This information was given by the Chief Public Relations Officer of CMS, Mr Hari Om Sharma. He added that students of several noted schools participated in the contest, wherein amidst tough competition, Kinjal, speaking on  the topic ‘Reintroduction of Cheetah in India’ showed great enthusiasm, exemplary knowledge as well as remarkable debating and oratory skills. She took this opportunity to sensitize the masses about environment protection, wildlife protection and judicious use of natural resources. The judges of the event appreciated her profusely and awarded her with certificate of appreciation. CMS Founder, Dr Jagdish Gandhi heartily congratulated this talented student and wished her a bright future ahead.Mr Sharma said that CMS encourages its students for such creative and innovative contests with the intention to create awareness among its students on social and environmental concerns. This is one of the reasons CMS students excel in contests on national and international levels.

International Conference of Chief Justices' in Lucknow from 18 November 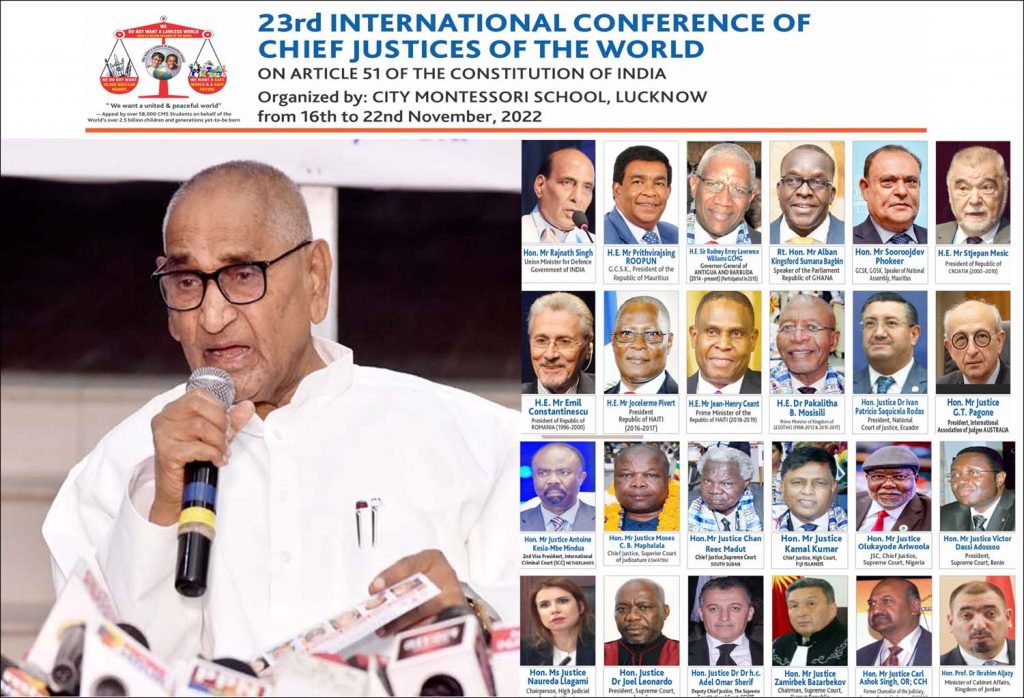