Lucknow, July 30 : Abhirup Vijay Gunakar, student of City Montessori School, Kanpur Road Campus has created a new record by getting selected by 24 world famous universities of USA for higher education on scholarships, out of which 7 Universities are Public Ivy League and Big Ten Universities. He has been offered a total cumulative scholarship of USD 1.275 million, the highest offer being USD 1,84,000 by Beloit College, USA. However, he will be graduating from Arizona State University due to its Engineering Curriculum and Honours Program being ranked best in the country. CMS Founder, Dr Jagdish Gandhi expressed great happiness over the success of this outstanding CMS student and wished him a bright future.

Chief Public Relations Officer of CMS, Mr Hari Om Sharma informed that Abhirup gives the credit of his achievement to the blessings of his his parents and teachers at CMS. Mr Sharma said that this promising student has made many records in academics. While on one hand he has shown his scientific talent and computer knowledge by making the best robot in India Innovation League – National design Sprint Challenge, on the other hand, he has earned the Next Genius Scholarship by virtue of his sheer versatility and talents. This meritorious student has scored 99 out of 100 in the University Maths Placement Test besides earning distinction in over 100 online courses. 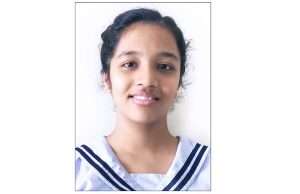 6 CMS students awarded Rs 5,000 each for outstanding performance in IBT

You may have missed

NEET 2021 Answer Key is to be Expected Soon