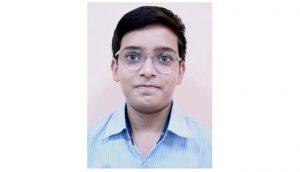 Shri Sharma informed that the students had to produce puppetry films on either Mathematics or Science, wherein Arush’s puppetry film, ‘Aurora’ won the first prize. Through his film, Aarush not only demonstrated his knowledge of Science, skills and ideas, but also gave a strong message to use science for the betterment of humanity. Of all the entries received for the competition, the puppet film produced by this CMS student received maximum appreciation and his creative thinking and skills were applauded by the jury members. Mr Sharma said that CMS always encourages its students to hone their talents by participating in various creative and innovative competitions. This is the reason, CMS students scaling new heights in academics and other fields as well.