Lucknow, 18 November : Defence Minister of the country, Shri Rajnath Singh said that City Montessori School is carving a new future for the world’s children through this historic Chief Justices Conference. He was speaking today at the ‘Welcome Ceremony’ of the Chief Justices, jurists and other eminent personalities arrived from 57 countries of the world to participate in the ’23rd International Conference of Chief Justices of the World’ organised by City Montessori School (CMS). The Defense Minister said that it is a matter of great pleasure that politicians, jurists and legal luminaries from different countries have gathered here for the betterment of humanity and for ensuring a beautiful and safe future for future generations. Surely this conference has established pride for Lucknow on the international stage. Eminent personalities from various countries including Hon’ble Mr Prithvirajsing Roopun, President, Mauritius; Hon’ble Sir Rodney Errey Lawrence Williams, Governor-General, Antigua And Barbuda; Mr Alban Sumana Kingsford Bagbin, Speaker of the Parliament, Republic of Ghana and many more eminent guests graced the welcome ceremony with their presence. Mayor of Lucknow, Smt. Sanyukta Bhatia presided over the ceremony. It may be mentioned that the ’23rd International Conference of Chief Justices of the World’ is being organized by City Montessori School from 18 to 22 November at CMS Kanpur Road auditorium, in which more than 250 chief justices, judges and legal luminaries from 57 countries, including Presidents, Prime Ministers, Speakers of Parliament, Justice Ministers, Members of Parliament, Judges of International Court, are participating.

Earlier, CMS Founder and Convener of the conference, Dr. Jagdish Gandhi, warmly welcomed the Chief Guest Mr Rajnath Singh and all the other guests including the Presidents, Prime Ministers and Chief Justices from different countries. In his address, Dr. Gandhi called upon all the countries of the world to cooperate to make the world safe and take concrete initiatives to provide a clean and safe society to future generations.        On this occasion, while on one hand, the students presented an unprecedented display of unity in diversity by spreading colorful educational-cultural programs in the honour of the participants from India and abroad, on the other hand, the strong presence of chief justices, judges and legal luminaries from 57 countries added lusture and luminosity to the city of Lucknow and placed it on the world map. On this occasion, Defence Minister Shri Rajnath Singh presented the ‘Mahatma Gandhi Award for World Unity’ to the President of Mauritius Hon’ble Mr Prithvirajsing Roopun. Mayor Smt. Samyukta Bhatia honoured Hon’ble Ms Justice Josefa Vicenta Izaga Pellegrin, Judge, Superior Court of Lima, Peru by presenting her with the ‘Key to the City of Lucknow’. 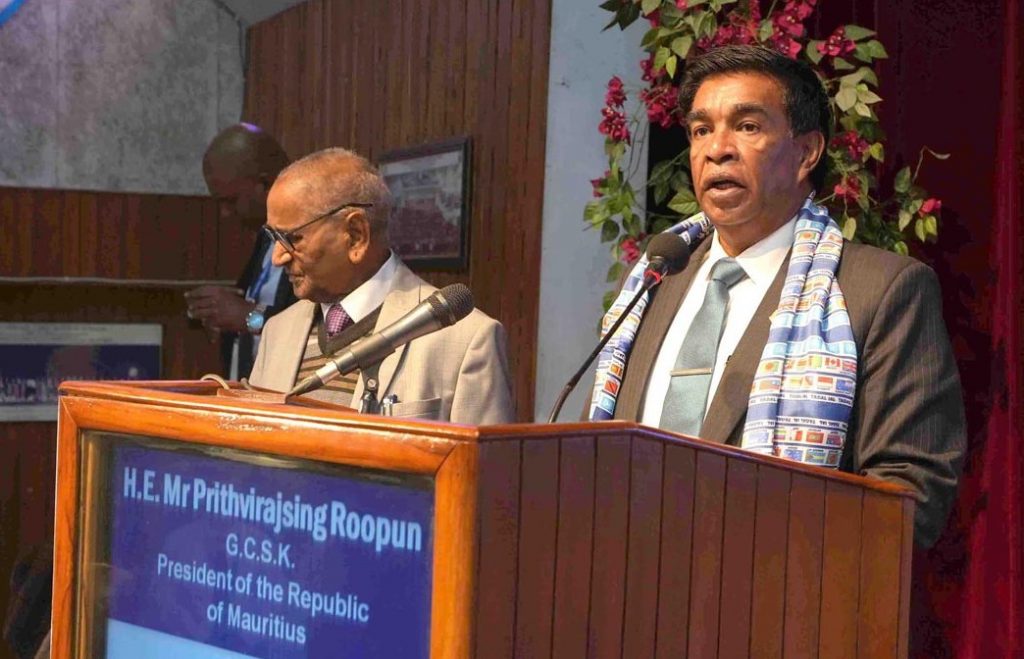