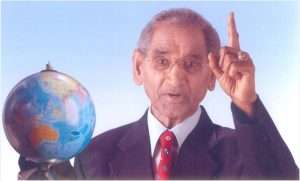 Lucknow, August 20 : Deeply perturbed by breakdown of democracy in Afghanistan and the blatant violations of human rights of helpless citizens, CMS Founder-Manager Dr Jagdish Gandhi has written to Prime Minister Modi to lead an international effort to bring peace and security to the region. India is currently the President of the United Nations Security Council and recently Prime Minister Modi chaired a highly successful Conference on maritime security that highlighted the need for a rules-based international order that all nations must respect and adhere to.

CMS Founder-Manager, Dr. Jagdish Gandhi was full of praise for the leadership of Prime Minister Modi and said that his vision and leadership will get wide support from every nation and that it is the responsibility of the world’s leadership to ensure that the helpless citizens of Afghanistan do not suffer any hardship due to violent change in its political leadership.

Dr. Jagdish Gandhi also said that the veto power system of the United Nations is not conducive to building a universal mandate for action on Afghanistan because China has record of vetoing every action for peace and security especially when it comes to Pakistan which is the birthplace and epicentre of organized global terrorism. In such a scenario, the only option left was for Prime Minister Modi to call for an urgent meeting of all the leaders of the world. Prime Minister Modi has wide support from the international community and his call to the nations of the world to unite for the sake of Afghanistan will surely be taken very seriously.