Lucknow, April 12 : Sumit Gulwani, an alumnus of City Montessori School has been awarded the prestigious Max Planck Humbodt Medal 2021 for his invention of the popular Flash Fill feature in Microsoft Excel, which automatically inserts data into an Excel column as soon as it recognizes a pattern as to how it relates to other columns. Sumit is an alumnus of CMS Anand Nagar & RDSO Campuses and is a computer scientist connecting ideas, people, and research with practice. A Partner Research Manager & Computer Scientist with Microsoft, USA, Sumit Gulwani is the inventor of many intent-understanding, programming-by-example, and programming-by-natural-language technologies.

Programming is the science of talking to computers”, he says, “The deepest level of learning takes place when you create something that is meaningful to you.” Recalling his school days, Sumit says, “My most important lesson at CMS came from my literature teacher, who taught us that education is derived from the word “educare”, which means ‘to learn how to care.” He further says, “The inter-branch competitive exams prepared me for the extremely competitive life ahead, helping me win the President’s Gold Medal at IIT Kanpur. The resulting relentless pursuit of excellence finally set me up for my journey of deep scientific innovations, helping me win a Best Doctoral Dissertation award during my stint at UC-Berkeley, and the prestigious Robin Milner young researcher award during my stint at Microsoft for outstanding contributions in my research area.

CMS Founder, Dr Jagdish Gandhi has expressed profound delight at this massive achievement of his student and has wished him success in all his future endeavours.

Wed Apr 13 , 2022
529 total views The court observed that the minimum qualification prescribed for admission to graduate MBBS and Indian medicine is the same i.e. 10+2 and the applicable rules do not prima facie mandate holding of separate entrance examinations for the two streams of medicine. New Delhi: […] 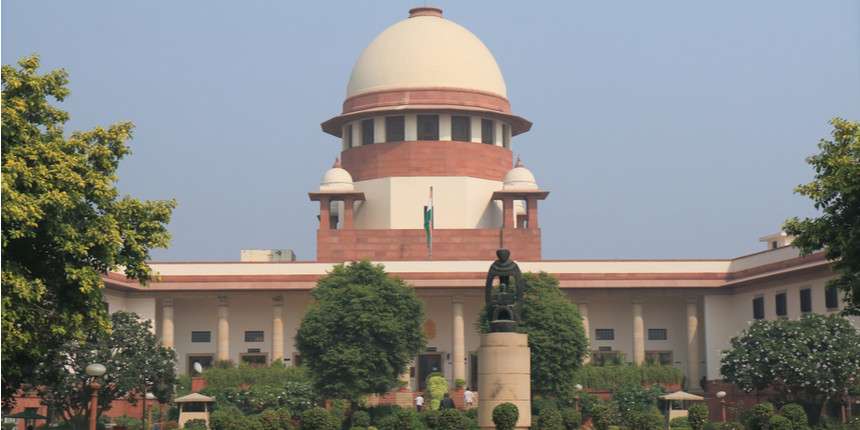