According to the Chief Public Relations Officer of CMS, Mr Hari Om Sharma, while expressing his heartfelt gratitude to Bharat Ratna Pt. Atal Bihari Vajpayee Memorial Foundation, Chief Minister Shri Yogi Adityanath and the State Government for this prestigious honour, Dr Jagdish Gandhi said that the most revered Late Atal Bihari Vajpayee was a true public servant who has left an indelible mark of his personality and creativity in the minds of the people of India. He expressed his happiness that under the leadership of Prime Minister, Shri Narendra Modi and Chief Minister, Shri Yogi Adityanathji, Shri Vajpayee’s dream of a strong India is being realized.

Mr Sharma said that although Dr Jagdish Gandhi has been awarded with many national and International level awards for his endeavours in the field of education, the honour presented today will further strengthen his commitment towards the cause of education of children, their overall development, children rights, world unity and world peace. Mr Sharma said that under the guidance of Dr Jagdish Gandhi, CMS has been organizing the International Conferences of Chief Justices of the World for the past 20 years. So far over 1329 Chief Justices, Judges and Heads of States of 136 countries of the world have participated in these international conferences and given their support to the CMS campaign for world unity, world peace and for ensuring a safe future for the 2.5 billion children of the world. 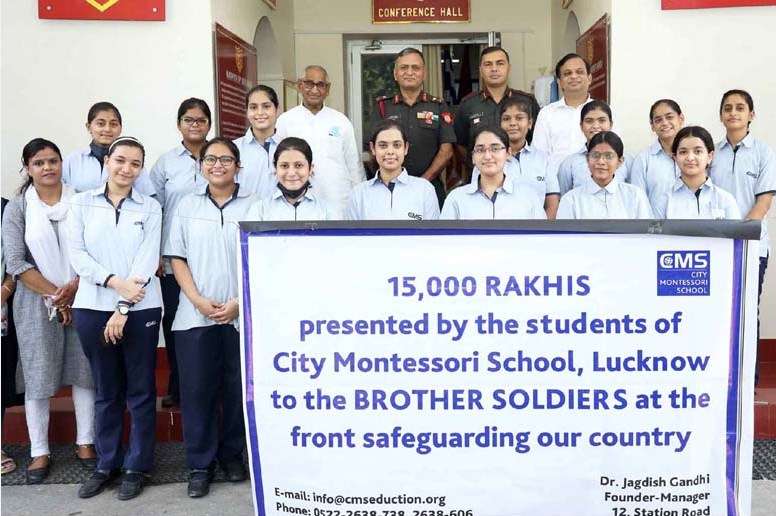