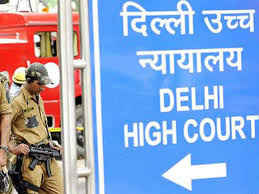 Students had approached the Delhi HC pleading that the discharge orders were outside the scope and jurisdiction of the DCI and passed in violation of the principles of natural justice without even hearing them. They were represented through their counsels Siddharth Radhelal Gupta and Prerna Priyadarshini before the high court while the private colleges were represented by Nishit Agrawal and DCI by senior lawyer Vikas Singh.

State government conducts centralized counselling for admissions to medical and dental courses in Madhya Pradesh, which for dental courses concluded on September 15, 2018.

On the last date of centralized counselling for admissions to medical and dental colleges in the state, on September 15, 2018, when scores of seats were left vacant in various private dental colleges of state, the colleges admitted more than 50 students through college level counselling.

Students who could not get registered in the counselling took admissions against the vacant seats.

These admissions were cancelled by DCI on grounds that they were not admitted through the centralized counselling process of the state government. Students approached the HC pleading that the state government never gave them a chance to participate in the mop-up or the left-over rounds of counselling, by opening the registration process afresh. DCI order was also challenged claiming it was passed without hearing the students.

On these submissions, the Delhi High Court stayed the orders passed by DCI holding that prima facie seems to be in violation of the principles of natural justice and accordingly stayed the order passed by the DCI discharging the students, whilst requiring all the respondent’s parties to file their replies by April 19, 2019.

DCI counsel Vikas Singh objected to the maintainability of the writ petitions on territorial grounds. Singh contended that the petitioners approached the Delhi HC bypassing the regular forum of MP High Court, which should be approached and thus their conduct amounted to “forum shopping.”

However, the HC overruled holding that since the impugned order has been passed by DCI at Delhi, therefore there is parallel jurisdiction vested with it and writ petition cannot be rejected as non-maintainable on grounds of lack of territorial jurisdiction. 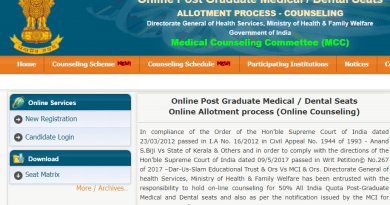 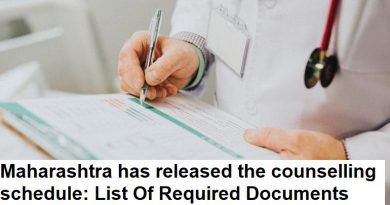 Maharashtra has released the counselling schedule: List Of Required Documents 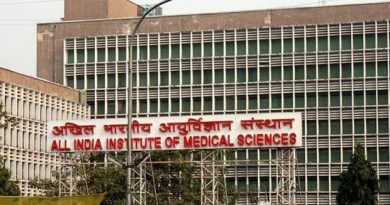