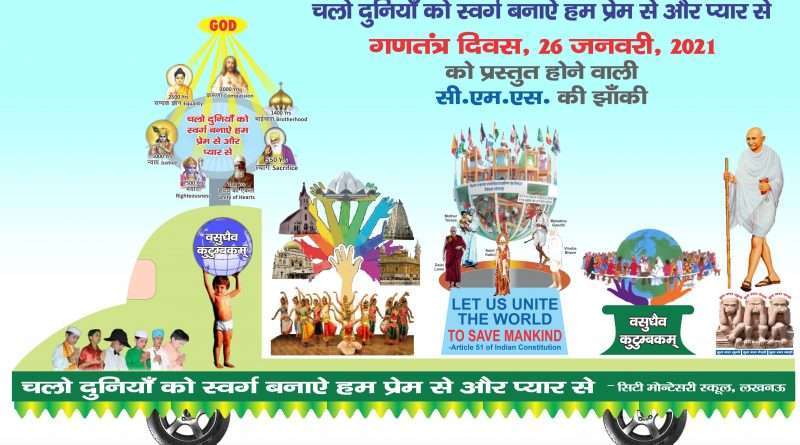 NEET Bulletin (Bureau, Lucknow): On forthcoming 26 January, at the Republic Day Parade, City Montessori School will be taking out a  unique tableau “Chalo duniya ko Swarg Banayen Hum, Prem se aur Pyar se (Let us make this earth a heaven with love and universal brotherhood)”,  which call upon mankind to unite and make this earth a heaven by spreading the feelings of love and compassion. With this tableau, CMS will be reaching out to all humanity and appealing for a world of unity in adherence to the ancient Indian philosophy of ‘Vasudhaiv Kutumbkam’ and ‘Article 51 of the Constitution of India. This information has come from Mr Hari Om Sharma, Chief Public Relations Officer of CMS.

Mr Sharma further informed that the tableau has four parts, each conveying the message of the unity of the human race in its own unique way. The first part conveys the message of Vasudhaiv Kutumbkam while the second part shows different places of worship, giving the message that all religions come from the same one source, the One God Almighty.  Under this roof, a group of CMS girls will be seen presenting a dance on the song ‘Chalo Duniya Ko Swarg Banayein Hum, Prem Se Aur Pyar Se’. The third part of the tableau presents an appeal for world unity based on the Article 51 of the Constitution of India through depiction of a model of the proposed World Parliament. Besides this, the spiritual leaders of the world, Saint Kabir Das, Saint Mother Teresa, The Dalai Lama, Leader of the masses Mahatma Gandhi and Saint Vinoba Bhave will be seen imparting their noble ideas of love and unity of all the people of the earth. In the rear end of the tableau, Father of the Nation Mahatma Gandhi’s message of ‘See no evil, hear no evil and say no evil’ will be imparted.

Mr. Sharma informed that the Republic Day tableau of CMS being taken out at the Parade of 26th January 2021 is dedicated to the entire human race and imparts the message of creating a heaven on this earth. The tableau is in process of making. 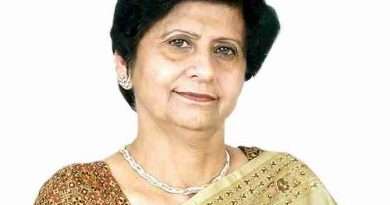 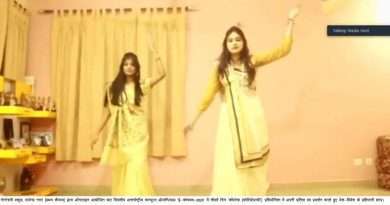